Olympics is in the air.  I, for one, felt the warmth from the flames, when Amitabh Bachchhan carried the torch yesterday! Now I’m no avid sports fan, but the sight of the multi-colored interlocking rings brings fuzziness to my heart.  To me, Olympics is a tradition that has withstood the ups and downs of the times. Or more profoundly,  I’d like to think of it as a celebration of the universally accepted philosophies of our human race…a yin-yang of cooperation and competition, survival of the fittest, unity in diversity. 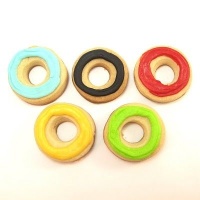 So what happens when I get an assignment from the school to explain Olympics to my 4-year old? I fumble. Where do I begin? Qualifying it as a sporting event seem like an understatement of the quadrennial. I contemplate adding adjectives like mega, global, or one-of-a-kind, but wonder about its comprehensibility to a 4-year old.
Describing it in quantitatively or geographically (like the guidance I received from the school) seems inadequate. That would be like seeing a flower, without smelling it; like listening to the pitter-patter of raindrops without experiencing them on your skin.
When I was little, no one bothered to explain me what Olympics was all about. Nevertheless, I enjoyed the entertainment of the opening ceremony, the two weeks of athletic agility, gymnastics antics, and discovery of sports that had no existence in my psyche before, all to culminate in the heavy-heartedness of the closing ceremony.  And the aura of the Olympics got imbibed in the mind.  A couple of Olympics later, I remember the anticipation of the daily review of the medal tally(for those 2 weeks, the medal score seemed more pertinent than the GDP of the country)  and the wishful thinking of seeing India in the higher rungs of the medal hierarchy.
What remained etched in mind was the valor in the athlete’s efforts, the sportsmanship of the participants that couldn’t make it, the feeling of pride and giddiness during the medal ceremony, and the hope to relive it again in another four years.
But I did my bit to explain Olympics in a vocabulary reserved for my son, just to abide by the solidarity of the school assignment.
More as a reaffirmation of my explanation, when I asked him, “So what is Olympics?” With childlike innocence, he proclaimed, “it’s a movie with many games”. Maybe I oversold the entertainment aspect of the games with a lot of emotions.
I think the best way is to let him watch and experience it, just like I did, 20 years going. And leave it to him to derive his own unique interpretations and inspirations out of it.
So, let the games begin.